Welcome, students!  All of the resources you will need for your time at BCCHS can be found on this page.

Congratulations to our very own students! Out of  62,000 students from across the country, they earned academic honors from the College Board’s National Recognition Programs!

These National Recognition Programs grant underrepresented students with academic honors that can be included on college and scholarship applications and connect students with universities across the country, helping them stand out during the admissions process. Colleges and scholarship programs use these honors to identify students from underrepresented groups through College Board’s Student Search Service. 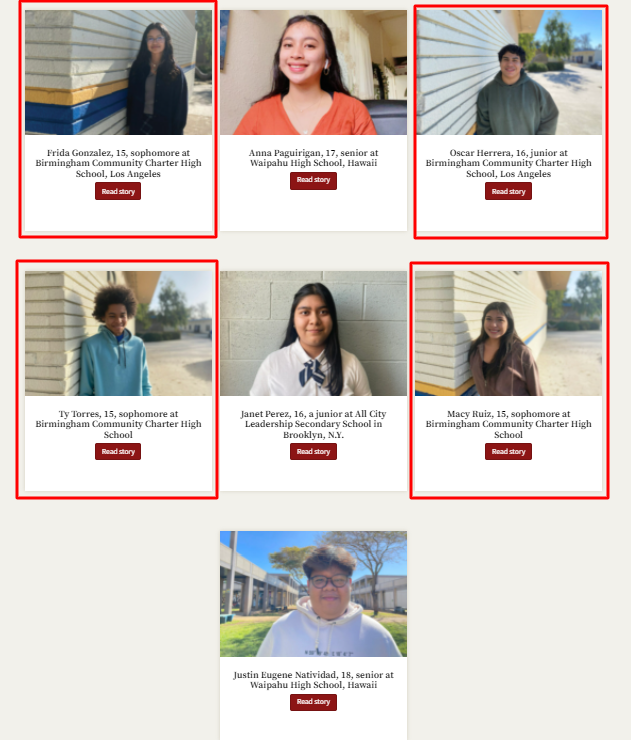 Katie Gomez says she doesn’t really come from a wrestling environment. People talk to her about wrestling and express their respect for the sport, but they can’t quite fathom the athletic goals she has for herself.

It hasn’t stopped the Birmingham wrestler from state and international success.

“I want to show that no matter where you come from,” she said, “the environment you are in, you can always get to where you want to get if you put in the hard work.”

Gomez’s mindset led her to an overall record of 48-1 this season. Wrestling at 126 pounds, her senior campaign included winning titles at the Hillcrest Trojan Wars, Santa Ana Lady Saints, the Tournament of Champions, Queen of the Hill and the Ayala Invitational. Read more here.

Birmingham Charter was selected by the State Superintendent of Public Instruction Tony Thurmond as a  winner for the newly created 2022 California Pivotal Practice (CAPP) Award Program. The award program is being utilized by California in 2022 in place of the California Distinguished Schools (DS) Program. It celebrates schools and districts that implemented an innovative practice during the 2020–21 school year, when California required schools to offer distance learning due to the COVID-19 pandemic. For more information click here.

Varsity Baseball takes the CIF title this weekend against Calabasas!

Phone Line Out of Service

Until the issue is resolved, please use the following office numbers:

We apologize for the inconvenience!